Is there anything better than a snuggly soft duvet? 🪶

How about one that keeps you at the perfect temperature all night and can be bunged in the wash as easily as your sheets?

The DreamCloud duvet can do all of that and more! 🤯

We slept with the DreamCloud duvet for several months…

Top features of the DreamCloud duvet

The DreamCloud Duvet is a 10.5 tog soft and fluffy all-seasons duvet that offers temperature-controlled comfort.

What makes the DreamCloud duvet special?

What is the DreamCloud duvet made from?

The DreamCloud duvet is one of the most comfortable duvets we've tried. 🥰

It may look just like a regular duvet, but it's actually made from advanced man-made fibres. 🔬

The combination of these materials provided a snuggly feeling of comfort throughout the night.

But why choose microfibre? 👇

What does sleeping with the DreamCloud duvet feel like?

The Dreamcloud duvet has a lightweight and breathable feel whilst still being cosy and warm. 🥰

The light and fluffy fibres in the DreamCloud duvet snuggle you up without being too heavy and hot. 🤗

The microfibre cover is so soft to touch, it almost feels like cotton.

We understand where the DreamCloud duvet gets its name...

We felt like we were living the dream and being wrapped up and snuggled in soft clouds! ☁️

Does the DreamCloud duvet sleep cool?

The DreamCloud duvet felt cool and cosy throughout the night.

We tested the duvet during the summer and winter months, and we found it perfectly suitable for both seasons. ☀️❄

We were impressed with how the DreamCloud duvet reacted to temperature, likely due to its advanced climate control materials. 🌡

During the summer, we experienced no overheating issues with the DreamCloud duvet.

Likewise, with the colder season, we warmed up quickly when climbing into bed without feeling too hot.

The polyester filling is blended with 20% modal for temperature control.

What are modal fibres?

Modal is a semi-synthetic material sourced from tree pulp. 🌴

Find out more about the benefits of modal fibres:

It is known for its silky-soft feel, breathable qualities and durability.

Luxury Clothing and activewear are often made from modal fibres because of their soft, lightweight feel and ability to withstand repeated wash cycles.

Modal is also considered a much more sustainable fibre to viscose rayon, a similar material. ♻️

Is the DreamCloud duvet good quality?

The DreamCloud duvet is a dependable, good quality duvet that should last years to come. ⏳

The quilted pattern on the cover showed attention to detail and had a cool cotton-like feel.

The wave pattern gives the duvet a “full” look and encourages the even distribution of the duvet fillings. 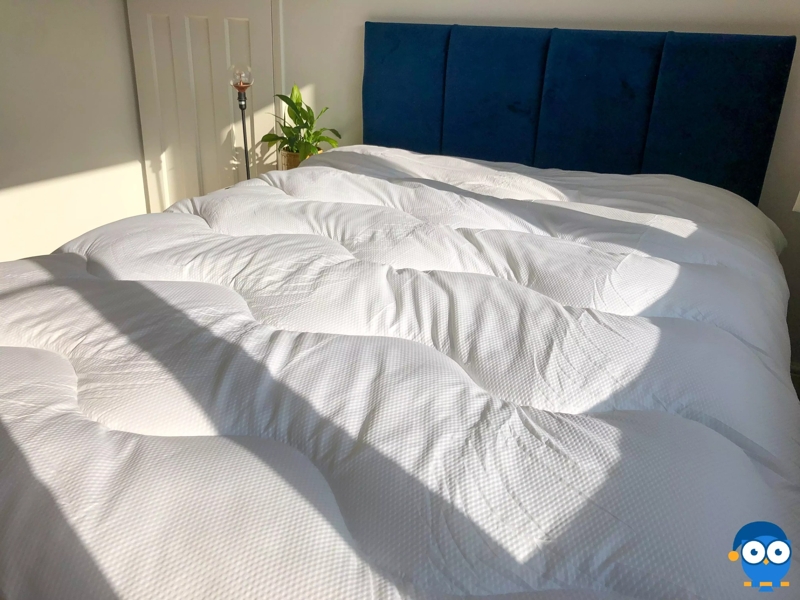 Overall, the design of the DreamCloud duvet is relatively basic.

DreamCloud focuses on practical aspects rather than an attractive design.

We felt this approach sensible, as the duvet will be covered up most of the time.

However, more aesthetically pleasing duvets are available, such as the Panda duvet designed with black piping and the famous Panda logo. 🐼

Is the DreamCloud duvet washable?

We were pleased to discover the DreamCloud duvet is fully machine-washable. 🧼

Many people aren’t aware of the importance of a machine-washable duvet.

A duvet that isn’t washed at least twice a year can contain up to 20,000 live dust mites. 😱

How to wash a duvet

Just like your regular bedding, the DreamCloud duvet can be bunged in the wash, up to 60°C.

You shouldn’t tumble dry the duvet, but let it air dry before putting it back onto the bed.

Are coverless duvets any good?

Coverless duvets are becoming a popular alternative to the regular duvet.

This is because the duvet can be fully washed and without needing an additional duvet cover.

Check out our favourite coverless duvets below! 👇

The DreamCloud duvet is available in UK standard sizes. 🇬🇧

Unfortunately, the DreamCloud duvet is not currently available in a single size.

What tog size do I need?

The tog size you need depends on many factors, including how hot you sleep. 🌡️

The DreamCloud duvet is a 10.5 tog duvet and not currently available in any other tog sizes. 🤔

However, we tested this duvet throughout summer and winter and found it suitable for both seasons.

Check out our tog size guide:

Duvet tog sizes can also depend on the material of the duvet - so keep this in mind when shopping around.

The DreamCloud duvet is not the cheapest duvet on the market…

But whilst this duvet is not a budget-friendly product, we think the quality makes up for the high price. 👌

Unlike cheap duvets that start pilling and becoming lumpy after a few months, the DreamCloud duvet is designed to last. ⏳

The advanced cooling technology is a great bonus that makes the DreamCloud duvet worth its higher price.

Instead of buying multiple tog duvets or having to keep replacing your duvet year after year - why not invest in one fantastic duvet that does the job?

That being said, you’d be silly not to get the best offer you can!

Luckily, there are DreamCloud duvet sales throughout the year.

The best sales are during Black Friday, Easter, and Christmas, where you can get as much as 40% off the price. 💰

You should always make sure you’re getting the best deal before you checkout. 🛒

We keep up to date with all DreamCloud deals on our discounts page.

Who is DreamCloud Sleep?

DreamCloud sleep originates from the US. 🇺🇸

After success in the states, DreamCloud brought its fantastic sleep products to the UK.

Are DreamCloud and Nectar the same company?

You may be a little confused if your DreamCloud duvet arrives in a Nectar Sleep box. 🤔

But DreamCloud and Nectar are actually part of the same company.

DreamCloud and Nectar sell similar products with both their mattresses, including a 365-day trial and lifetime warranty.

Check out our favourite Nectar Sleep products below! 👇

What else does DreamCloud sell?

The DreamCloud brand is most well known for its DreamCloud Luxury Hybrid mattress.

DPD delivered our DreamCloud duvet in a Nectar Sleep box.

The duvet was easy to unbox, and it came rolled up with the DreamCloud sheets and DreamCloud mattress protector we had ordered.

We were pleased to see that DreamCloud minimised the use of unnecessary packaging by putting multiple items in the same box. ✅ 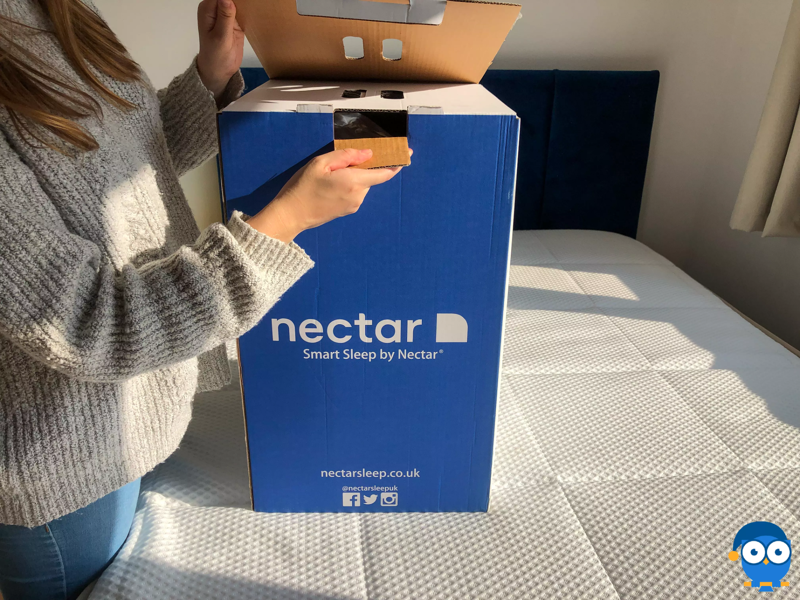 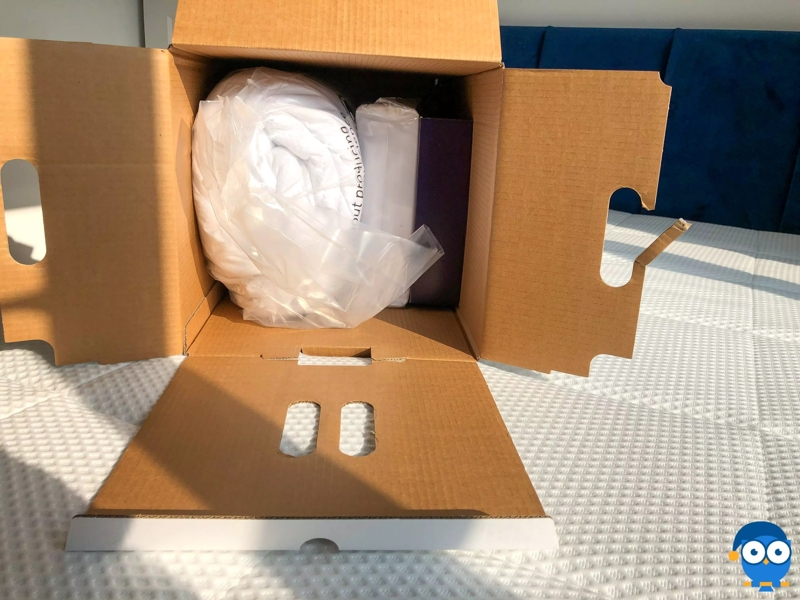 This means their packaging is made from recycled materials or sustainably sourced forests.

Overall, we had no complaints about the entire delivery process. 😄

Does the DreamCloud duvet come with a sleep trial?

Unfortunately, the DreamCloud duvet does not come with a sleep trial. 👎

You have 30 days to return the DreamCloud duvet unopened in its original packaging. 📦

If you change your mind, you can request a return and get a full refund.

Does the DreamCloud duvet come with a warranty?

The DreamCloud duvet comes with a 2-year warranty.

This means DreamCloud duvet is protected for two years against any manufacturing faults. 🛠

Again, this is much more limited to the DreamCloud mattress, which comes with a Forever Warranty.

We think two years is decent, especially compared to the Simba duvet, which is only guaranteed for a year.

However, some brands offer much longer warranties, such as the Panda Cloud duvet which includes a 5-year warranty and a 30-night sleep trial. 😱

If you’re not sure about the DreamCloud duvet - don't worry! 😅

Take a look at some other duvets we’ve tested:

Or jump straight to some of our favourites:

We can confidently say the DreamCloud duvet is one of the best duvets we’ve tried! ✅

If you’re looking for a convenient duvet that can be washed regularly, keeps you cool, and is soft and snuggly to sleep in, then you can’t go wrong with the DreamCloud duvet.

It’s much better to spend a little extra on a high-quality duvet that lasts than a cheap duvet that needs replacing every year.

Customer service: To contact DreamCloud Sleep directly for complaints, support, or queries, please email them at hello@dreamcloudsleep.co.uk, call them on 0808 501 5400 or chat with them online. DreamCloud support is available 7 days a week from 9 am - 5:30 pm.

After years of working in a leading UK bed store, I'm passionate about helping others find their perfect mattress. I love to write about sleep almost as much as I love to nap!

Get EXCLUSIVE coupon codes when you sign up to our newsletter.

Success! Please check your spam folder for our confirmation e-mail.

Oh no, there was an error during e-mail registration. 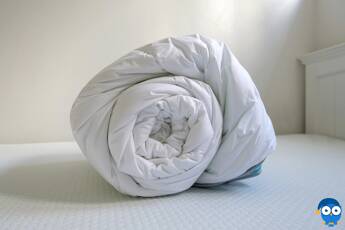 Get 35% off if you purchase with a mattress. The Simba Hybrid Duvet is a convenient all-seasons duvet with Stratos technology designed for superior temperature regulation.

SIMBA DUVET: 35% OFF WITH MATTRESS
Get EXCLUSIVE coupon codes when you sign up to our newsletter.

Success! Please check your spam folder for our confirmation e-mail.

Oh no, there was an error during e-mail registration.

Our favourite discounts:
You may also be interested in: 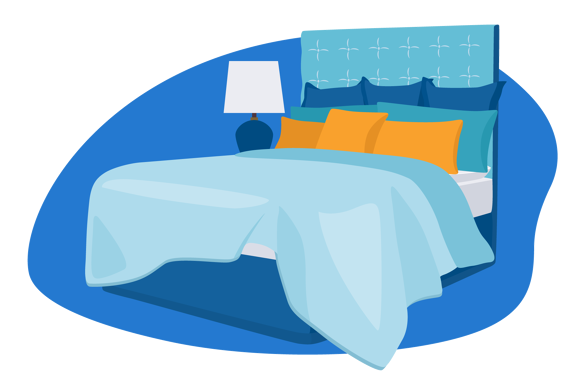 Finding the perfect duvet will help you get the best night’s sleep of your life.

The DreamCloud mattress is a luxurious choice for any sleeper. 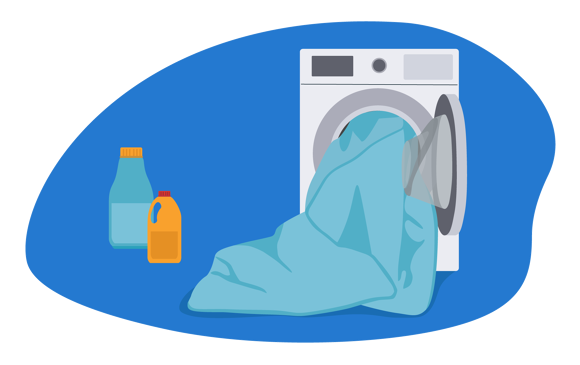 We’ve uncovered everything you need to know about the coverless duvet and where to buy one.

We have an affiliate relationship with some manufacturers, where we receive a commission on sales if you click over from our site. This does not affect the purchasing price. In contrast: By using our discount codes, you'll get the best deal possible.

Looking for the best deal? We track all discounts, vouchers, and coupons so that you will always get the best price through our site, no matter which mattress or product you end up choosing.

Get the best discounts

Get EXCLUSIVE coupon codes when you sign up to our newsletter.
Success! Please check your spam folder for our confirmation e-mail.
Oh no, there was an error during e-mail registration.

We're a team of sleep enthusiasts and experts. We test hundreds of sleep products - mattresses, pillows, toppers, bed frames, and more! - to provide you with the best reviews. Our mission is to help you make the right choice for your sleep. Read more about us.